PACE is thrilled to announce three new board members will be joining our leadership team in 2019: Janet Tran, Associate Director of Education at the Ronald Reagan Presidential Foundation and Institute; Jonathan Gruber, Director of the Campus and Community Portfolios at Einhorn Family Charitable Trust; and Stuart Comstock-Gay, President and CEO of the Delaware Community Foundation.  The three new members commenced three-year terms on January 1, and will serve through 2021. 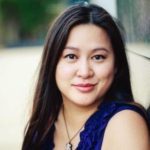 Janet Tran serves as the Director of Learning and Leadership at the Ronald Reagan Presidential Foundation and Institute, where she is charged with designing the Foundation’s nonpartisan portfolio of civic learning experiences for students. She joined the foundation in 2010 and helped establish the Reagan Institute offices in Washington, D.C. in 2015 with the launch of Leadership and the American Presidency (LTAP), an experiential leadership program for university students through the lens of the American Presidency. Janet’s civic mission began as a Social Studies and English teacher in South Central Los Angeles. 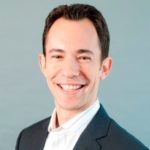 Jon Gruber leads the Campus and Community portfolios at the Einhorn Family Charitable Trust, which invests nationally in research-backed nonprofits that advance EFCT’s mission of helping people get along better. Jon also leads a special fund through which EFCT made targeted grants to efforts designed to decrease polarization and foster understanding across divides at the citizen level. Before joining EFCT, Jon was a Principal at the management consulting firm Booz & Company, advising clients across sectors on strategy and organizational performance, and also worked as a consultant at Katzenbach Partners. 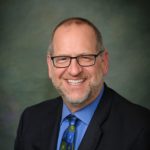 Stuart Comstock-Gay is president and CEO of the Delaware Community Foundation, and has devoted his career addressing issues of community, civic engagement, democracy, and civil rights. Before taking the helm of DCF in 2016, Stuart served as president & CEO of the Vermont Community Foundation.  Prior to leading the VCF, Stuart worked across the country to reduce barriers to voter registration and encourage broad civic engagement, first as executive director of the National Voting Rights Institute in Boston and then as Democracy Program Director at New York City based Dēmos. Stuart also spent seven years in leadership positions with the New Hampshire Charitable Foundation and 14 years with the ACLU, including 10 as executive director of the Maryland affiliate.

“We have been blessed with extraordinary leadership on the PACE Board,” says Kristen Cambell, PACE Executive Director. “Their vision, energy, and commitment have stewarded a period of growth for our organization and for our field, during a pivotal time for our country and our democracy. I am grateful to be serving alongside them.” 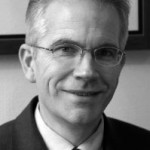 The PACE team would like to thank David Bley of the Gates Foundation, and Kelly Born of the Hewlett Foundation for their service on the board as they complete their terms.  Finally, a special thank you goes to John Dedrick, who also transitioned off the PACE Board; he completed his term in 2018 after serving on the Board for 11 years in various capacities.  His insight, guidance, and support have been invaluable, and our team extends deep gratitude for his commitment and service to our mission over the years.