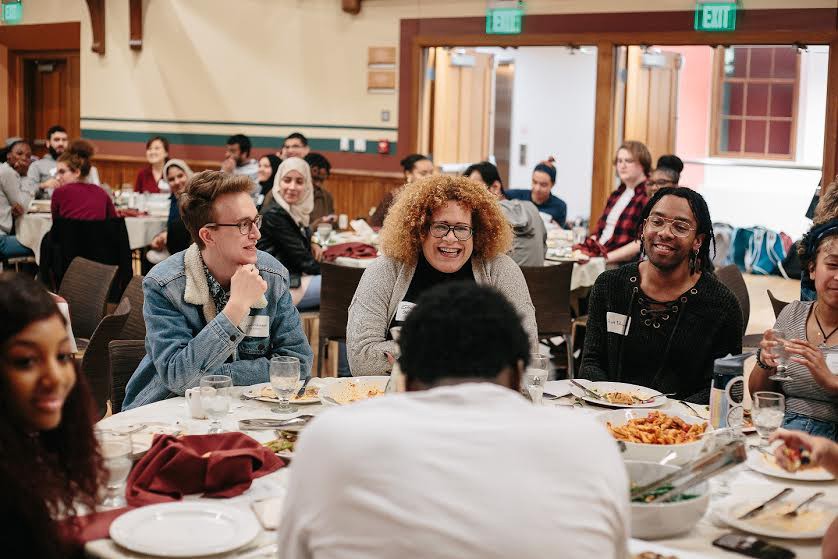 Bridging Civic Divides: The Role of Civility and the Opportunity for Philanthropy

In early 2017, PACE (Philanthropy for Active Civic Engagement) announced a multi-year strategic exploration into three questions that would guide our work. One was: How can philanthropy create spaces for people to come together around complex and divisive issues? Inspired by his personal passion and experiences, as well as his professional background in the civic sector, we hired Decker Ngongang as a Fellow to lead the charge on this exploration.

At PACE, we have always believed in the power, potential, and responsibility of people to come together to discuss, address, and solve the problems they see around them. This is why part of our shared belief statement is that “the office of citizen should be treated as central to how democracy functions.” We believe that democracy will be stronger when all people are informed and engaged in the process of creating it; deliberative dialogue is one way to do that.

While this commitment and belief pre-dated the 2016 election, the tone, tenor, and divisions that were exacerbated during that process raised increasing concern for PACE on a number of levels, and started to make the proposition of deliberative dialogue and engagement increasingly difficult. Implicit in our question was the need to “bridge divides” and “come together across lines of difference”—the idea of coming together felt nearly impossible, much less working together toward something.

We knew from the start that this was a big, complex question—one that was increasingly important, could not be avoided, and was ripe for PACE to help explore. We knew it would not be easy, and we were not sure where it would go. That said, I think it is fair to say we did not fully anticipate just how much more difficult it would get as time went on and our social and political contexts continued to shift so dramatically. Over the last couple of years, partisan conflict in government and across our citizenry has deepened and made the possibility of achieving consensus on solutions to problems feel nearly impossible. Additionally, research has emerged to suggest that now, people not only believe that those who are politically different than them are wrong, but that they are “downright evil” and “lack traits to be fully human.”

When we launched the exploration into this question about building bridges across division, we wanted to be mindful of several dynamics. First, we knew there had been increasing attention—inside and outside philanthropy—towards this topic and it was important PACE’s contributions be additive rather than duplicative. Second, we did not want to be prescriptive about answers or outcomes—as we respected the topic’s complexity—and we wanted to be exploratory rather than authoritative. As a result, we gave Decker full freedom to go where the journey took him and examine multiple angles to see where PACE could make a unique contribution. He launched field research and interviews with our members, several of their grantees, and many other partners and leaders across the fields of philanthropy and civic engagement. Civility, and the need for more of it, was a common theme across his conversations.

Around the same time, some particularly heated and contentious debates were playing out in political spheres, and pushback to the idea of civility was starting to percolate across the public discourse. There were people issuing well-intentioned and reasonable calls for civility, and people pushing back on them—also for well-intentioned and principled reasons.

But if we can trust that in most circumstances, both the call and the response are reasonable and well-intentioned, where does that leave us? Civility (properly understood) is good, and we need more of it—that is true. Literally defined, civility means “befitting a citizen” and is a virtue that makes disagreement possible in a diverse and tolerant society. But it is also true that civility can privilege dominant cultures, and is often over-simplified to mean niceness, politeness, and decorum at the potential expense of justice and liberty.

Decker has penned this series of essays on civility and bridge building as a culmination of his exploration into the complex question we posed. The essays give us a framework to consider civility and philanthropy’s role in cultivating it in a deep, complex, and nuanced way—one that strives to make civility an animating condition of our interactions, and make those interactions more constructive, productive, and sustainable in the process. Throughout the pieces, Decker anchors an “equity lens” to the concept—a way to consider civility from historically marginalized and non-dominant cultural perspectives. If we consider civility in the ways he invites us, can we do more to cultivate relationships that surface ideas and elevate outcomes to create a stronger democracy and a better society for all?

Perhaps embracing all of this might empower us (collectively) to leave behind trite interpretations of civility—as simply being nice or polite—and lead us more fully towards embodying its literal definition—“befitting a citizen”—by demonstrating leadership and behavior that reflects the integrity of our citizenship and honors the dignity of others’ citizenship as well.

Introduction by Decker Ngongang
Theme 1: Context and History Matter
Theme 2: Civility is Insufficient
Theme 3: Beyond Civility, The Opportunity for Philanthropy
Personal Reflection from the Author

Editing support for these essays was provided by Adiel Suarez-Murias, PACE’s Communication Director until September 2019. Additional editing and publication support was provided by Amy Baker McIsaac.

Funding support for Decker Ngongang’s fellowship was provided, in part, by the W.K. Kellogg Foundation.

The thoughts and recommendations in these essays are offered after a series of discussions with field leaders, practitioners, funders, and community members, but they are the views and perspectives of the author. We hope they may inform continued discussions and activity; however, they do not necessarily represent the views, priorities, or endorsements of PACE or PACE member institutions.