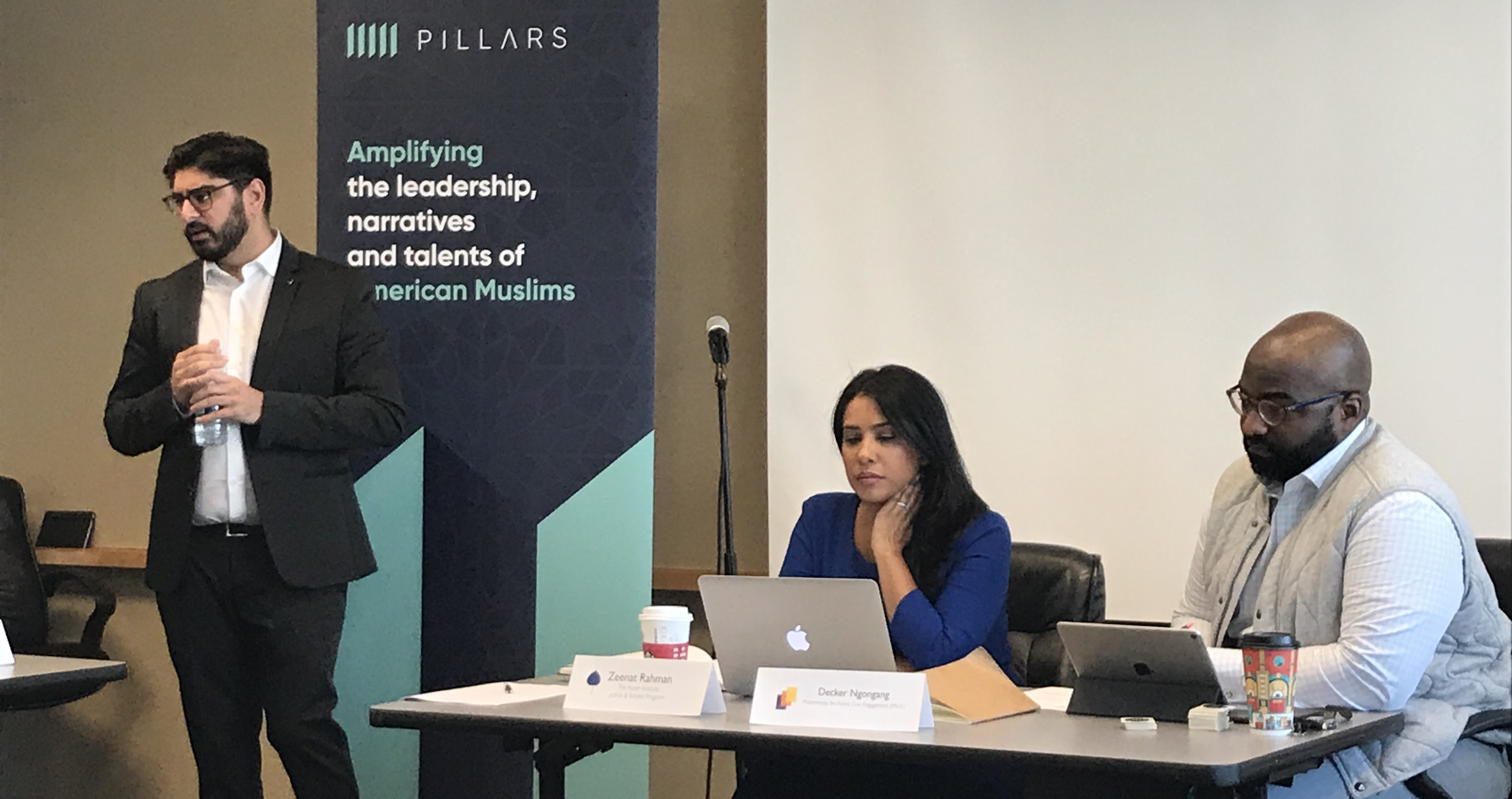 On December 6th, Philanthropy for Active Civic Engagement (PACE) and the Aspen Institute’s Inclusive America Project (IAP) collaborated on a gathering of interested stakeholders to explore the link between civic engagement and religious pluralism, particularly how philanthropy can advance religious pluralism to bridge civic divides.  Hosting us for this conversation was Kashif Shaikh, Co-Founder and Executive Director of Pillars Fund, an organization committed to amplifying the leadership, narratives, and talents of American Muslims.

As civil society becomes more connected yet increasingly fragmented, the social challenges we face are larger and interconnected. There is nothing new about poverty, education, inequality, or religious tolerance. Top of mind for many attendees was the need to build solutions larger than a single organization or religious group. At the same time, these partnerships must be grounded in clearly defined terminology and mutual consensus on a vision for the future along with the barriers to that ideal state.

The discussion also highlighted this point: before we were able to effectively tap the collective intelligence and diverse perspectives in the room, we needed to clarify the terms and reach mutual understanding around the goal of advancing religious tolerance and pluralism.  This involves building basic religious literacy, promoting allyship, and building bridges between youth of different faith traditions, which requires engaging existing structural and social barriers.

Eboo Patel, a leader in the field of religious pluralism, opened the conversation with a grounding in the significance and meaning of nurturing a healthy, religiously diverse democracy. He highlighted five ways interfaith engagement contributes to civil society:

Another salient portion of the conversation centered on two defining elements of American political life: race and religion. These elements do not work in isolation, but rather, are perpetually in conversation with one another. The tenor and tone of the conversations leading up to the 2016 election through to the current moment have raised anew America’s challenges around religious engagement, both in its own way and where and how it intersects with race.

This moment reminds us that, throughout U.S. history, race and religion have effectively been employed to make meaning of the other, often recreating American politics in the process. The hope represented in the possibility of ongoing conversations could  hopefully bring collective effort to bear in powerful new ways and make the headway we need to reshape, preserve, and support America’s religious diversity.

“This moment” is an ideal time to learn how the profoundly interwoven dynamics of race and religion impact American political life. As more scholarly and public attention is given to the role of religion in American politics, it is important to consider how this force impacts and is impacted by other key strands of American political identity (like race and ethnicity).

We learn from historical moments of cross-racial engagement (e.g. the civic rights movement), bridge-building, or collaboration between different religious communities. These moments often illustrate the sources of fracture that divide otherwise like-minded groups, as well as the foundations upon which common interests, political perspectives, and movements may be built.

Religious Pluralism isn’t a problem to be solved

Our short discussion highlighted that every conversation and every participant is valuable and important, and that there are people who possess ideas and sometimes certainties about this moment from which we haven’t yet learned enough.

What history and social science (e.g. citizen-centered design) show us clearly is that the voices of those who are impacted the most will define how we emerge from this moment. Centering the voices of immigrants, Muslims and other religious minorities, racial and ethnic minorities, and poor and working-class people in these discussions will be important to determining the way forward. We look there ― not for certainties, but for the hope that will inspire us to live with uncertainty, in community.

Moving forward, this initial gathering highlighted the opportunity for PACE and IAP to chart a path for our members and respective sectors, that advances a more complex level of engagement, centering those most affected.  We look forward to continuing the conversation.